The Kapiti Judo Club is very fortunate to have an extremely talented and experienced group of coaches. 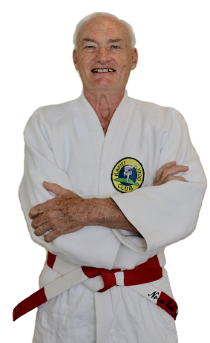 Norm has been involved in judo for over 40 years. He has refereed in international competitions, and held positions as the Vice President of the New Zealand Judo Federation, Overseas Tour Manager (eight years), and Area Director of the Wellington Judo Association (nine years). He is a qualified Area Coach and been involved in several clubs in the Wellington area. 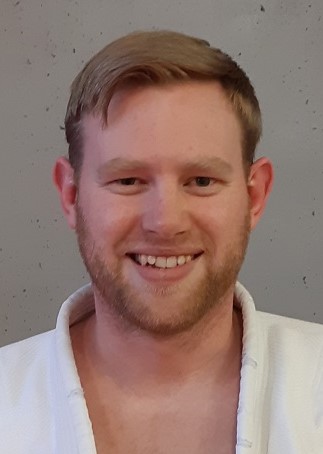 Commencing as a shy young lad of 9 years old, Matthew has become a confident adult. He joined the club through his parents encouragement and has continued over the years becoming a dedicated coach and strong individual Judoka, gaining his 1st Kyu (brown belt) in 2015. Assisting with coaching Junior and Senior classes when possible he helps the development of upcoming youth with training skills he has learnt over his years with the club.

I commenced Judo at the Kapiti Club in 2008.  At the time I was looking for a sport / activity that my 7-yr old son could do.  I trained in Aikido and Krav Maga more than 20 years ago so Judo appealed to me.  Unfortunately my son would not participate so like a good Dad, I put a Judogi on to encourage him.  Over time I stayed and he left.  Over the years I gradually increased from helping out, to now coaching / leading the Beginner and Junior sessions.  I love interacting with the children and watching them grow and learn.  Judo has so many positive elements for children  and adults too! – self-discipline, exercise, self-confidence, respect for self and others.  I also very much enjoy the Judo family from my Club’s atmosphere as well as NZ Judo as a whole.

I started on the mat with my son and daughter in 2017. Learning a new sport has been challenging yet very enjoyable.  Coaching juniors is great fun and rewarding to see them develop. My own learning and training in the senior classes certainly keeps me stimulated.

Encouraged on to the mat in 2013 to join my 8 year old son and I have never left.
The enjoyment of training and development with my son over the years have been a great bonding time for us. My time and effort spent training beginners, juniors and seniors has been rewarding. I am the lead Coach for the Technical Class on Monday night and Coach for Seniors.

The discipline of Kata teaching and self-learning has rewarded me the Gold medal at the 2017 NZ Judo Federation National Championships. 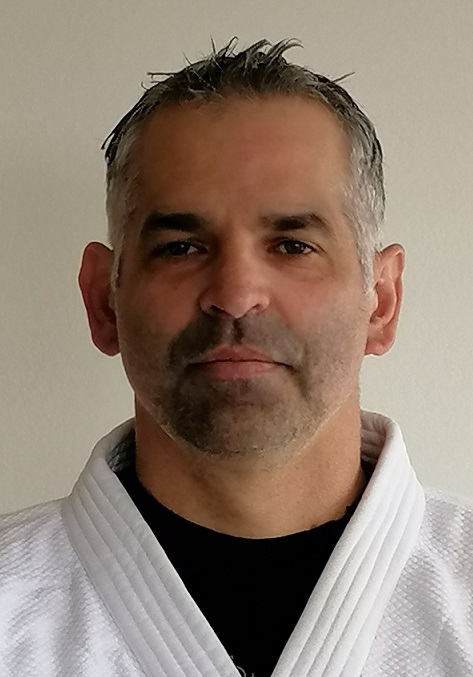 I have been practicing Judo for more than 30 years. The first 5 years of my judo career I was heavily involved in the competition side winning many regional competitions for weight and age. Over the years I have trained at different clubs but Kapiti is the first time I have consistently coached. My specialty is ne-waza (ground techniques) but I also pass on the tricks I have learnt and developed over the years in tachi-waza (standing).

I commenced judo in 1972 with my father Des Sharp who had established the Club in 1970.

In 1983 I moved to Sydney where I did judo for 3 years while living there and found it a great sport to make friends. When returning to Paraparaumu in 1986 I continued judo with my father.

Overtime my daughter, Amy, commenced learning which has been a great continuation of family line in the club. Presently I am the Peewee Coach, general club administrator and involved with Wellington Judo Association management.

In 2020 Karen was made an Honorary Member of Judo New Zealand.